5:55PM
Went up to check on Eden. She is doing well. Her lungs are still a bit wet, so probably won't get her breathing tube out till Thursday or Friday. She has some great nurse taking care of her. They say she has been real easy. She needs to pee is about the only issue we are facing right now. She was on 3 diuretics at home before and just one now, so her body is not used to the decrease. Once she pee some more that will help with drying at her lungs and reducing the pressure on her skin. 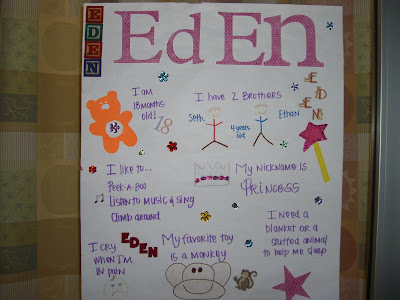 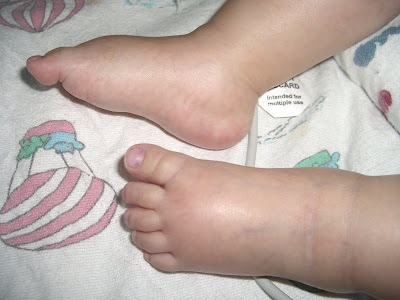 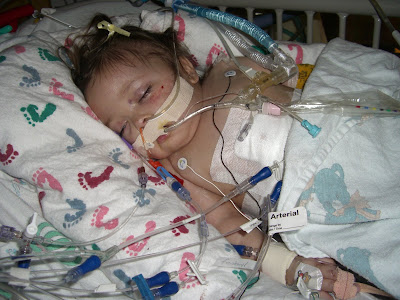 5PM
found some cool shirts for the girls. Erica has been up again, now just resting, going to head up and check on Eden. 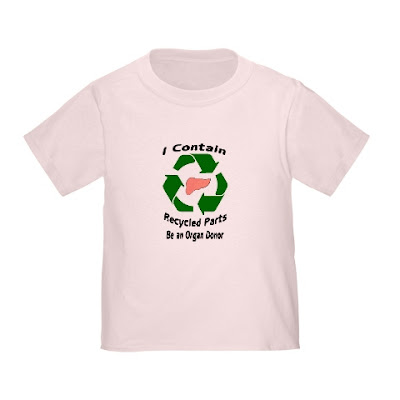 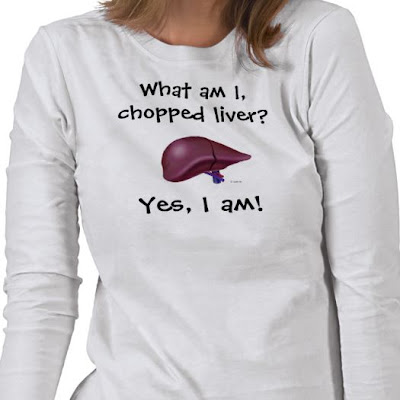 3:15
Sorry it has been a while. We were waiting till Erica got moved upstairs. Erica is now on the 3rd floor Room 3068 the number here is 801-662-3068, however if I am not here it probably won't get answered. Erica is still kind of loopy with all pain meds, so her phone is off. Other than that she is enjoying sips of water, here and there. I ran back to RMH to get some lunch, and now back on the computer watching TLC reruns. They have taken most of the IVs out of Erica, she just has one in her right wrist for pain meds. She previously had on in her neck, and one on each wrist and an arterial line as well. She also had a NG tube for a day, so she can sympathize with Eden. It wasn't the greatest feeling down the back of the throat.

Eden is doing well the nurses put some yellow ribbons in her hair. She is kind of bloated still, so they started her laysixs to help talk of some of the extra fluid. You could really notice it in her feet, kind of hard instead of soft. Ultrasound went really well, no bleeding so things look like they are on the up and up. 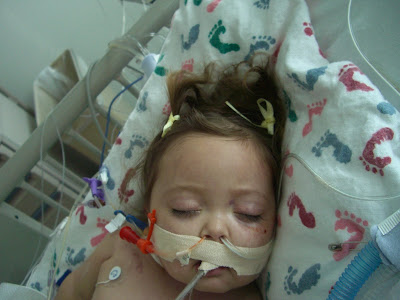 10:10 AM
Both Erica and Eden are doing well. They doctors have been by and thing are good. Still need to wait and see on Eden's Ultrasound to see how things are internally. They won't be giving her any food today, just IV. They don't want to add anymore fluid to her body, they would like her to loose some of it. They are going to reduce the oxygen she is getting to try and make he work a little harder in the hopes that this evening or tomorrow she can get the breathing tube taken out. Then tomorrow start her TPN nutrition through IV. She is sleeping now, she opened up her eyes a little.

Erica is doing well, still working on controlling the pain. They have upped her dose to help. She was able to get out of the bed and sit in the recliner for a little while. She had a bit of water, and apple juice. Course it made her a little nauseous so then had to get medicine for that. So she is back in bed now resting. They are sleeping now. So I am playing Hospital bingo on the TV. See if I win.

Looks like ultrasound finally came up after the Dr. put some fear in the them since when the nurse called they weren't very receptive she said.
Posted by Douglas Lai at 8:49 AM

Tell Erica we're still praying. Glad things are as good as possible for the day. :)

Thank you so much for all of the updates. Will keep both girls in my prayers still today.

Hey there. Dean and Becky are thinking of you both. I won't call today as everyone needs their rest. Please tell Erica we are thinking of her and I promise to try not to make her laugh when I do call as it will probably hurt. ; )

Sounding good. Thanks for keeping us posted!

I love the shirts! I'm glad Erica and Eden are both doing well.

Cute shirts!! Glad to hear things are going well. Thanks for the update.

LOVE LOVE LOVE the shirts and the cute poster with her info.

We are so glad they are both doing so well! We are continuing to pray!