Ethan: Mom I sing in the bathroom at school.
Me: Really???
Ethan: Yep everyone does. My teacher says its ok.
(In kindergarten the bathroom is connected to the classroom. Must be an interesting classroom.)
Posted by Erica at 7:51 PM No comments:

What a difference a year and a new liver makes!

One year ago Eden received a new liver and second chance at life. 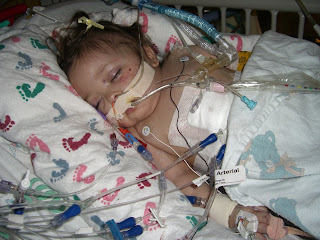 And on Wednesday November 10th we celebrated her first liver birthday with some pink cake and ice cream. 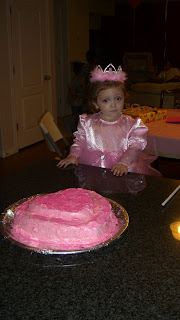 We also took a trip to the spa. Where she received the royal treatment. Including her very first mani, pedi. Of course she was more interested in the princess movie that was playing. 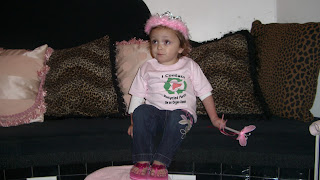 This past year has been wonderful. Instead of watching Eden's health decline as we did for the first eighteen months of her life, we've been able to watch her grow bigger and stronger. She has gone from taking dozens of meds to only one prescription med plus some vitamins and aspirin. She has learned to eat again. It took a frustrating seven months, but now she out eats her brothers most days. She didn't talk or laugh before transplant; now she talks and laughs all the time. She went from not walking to running and climbing all over. My list of all her accomplishments can go on and on. Liver wise she is doing great. One of her lab values, her ggt, did take a jump a few weeks ago. So I'm hoping it has come down when she gets labs done again in a few weeks. Otherwise, all is well.
I am so grateful for the many prayers that have been said in her behalf, and the many services that have been given to our family. I am sooo thankful for the all of the doctors and nurses who have helped Eden and dedicated their lives to making others better.
God is good.
P.S. I am also doing well and haven't had any issues since healing from my surgery.
Posted by Erica at 9:08 PM 5 comments: